In May, 2019 the analytics community lost a true pioneer. I met Robert Hecht-Nielsen in 2001 when the company he co-founded, HNC Software, purchased the Blaze Advisor business unit of Brokat Technology, where I worked. The following year, HNC Software was acquired by the company now known as FICO. He was well known to all for his red suspenders, bald head, and beaming smile. 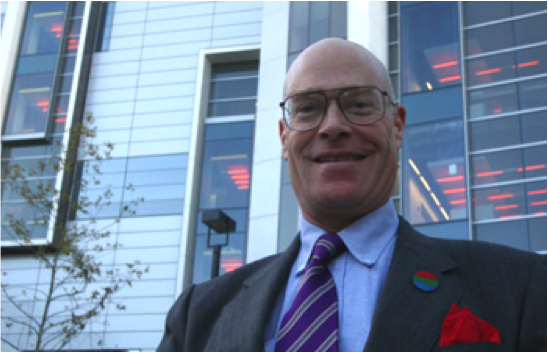 Robert was a pioneer in the field of neural networks. He wrote the first textbook on the subject, Neurocomputing, in 1989. In 1986, he co-founded HNC Software, a neural networking startup in San Diego, based on his breakthrough work in predictive algorithms. HNC was perhaps the first start-up in the neural network/machine learning space to be significantly financially successful. The company’s flagship product, Falcon® is used all over the world to detect fraudulent debit and credit card transactions. Falcon was, I think, the earliest example of automated decisioning as a service for fraud detection using neural networks and in-memory profiles.  I believe it was first commercially available in 1994 and based on its success, the company went public in 1995.

In July, many of my former colleagues attended a celebration of Robert’s life. I was unable to attend, due to a trip to Asia, but was touched by some of the stories and wanted to share a summary here. In addition to his many years at HNC, Robert was also an adjunct professor of electrical engineering at the University of California San Diego. The memorial was a mix of family, HNC alumni, and former graduate student advisees. All of the stories from Robert’s oldest granddaughter to his students and his former employees shared these common words of advice:

Everyone spoke about how generous Robert was with his time. There was one story in particular that summed Robert up for me. A gentleman got up to speak at the celebration. Here’s what he said.

Hi. My name is Quinton. Most of you don’t know me. I met Robert in 1998 when I was an air conditioning technician at the HNC office. I had just gotten out of the Marines and I was thinking about going back to school. I was up in the vents when Robert came back into his office. I shouted down an apology that I was just finishing up. When I got down out of the vent, he invited me to sit down. We talked for two hours (everyone in attendance laughed). He passed along all of the advice everyone has mentioned today. He literally changed the trajectory of my life. I didn’t speak to him again until 2012. I saw an article about him and sent him an email at his UCSD address to thank him for that day in his office. He emailed me back and invited me to his home in Del Mar. Since that day in Del Mar we met at least once a quarter for the rest of his life. I am now an entrepreneur, something else that Robert was very passionate about. I own a medical device company. I have no idea what my life would look like today if I hadn’t met Robert.